The Gasparilla Inn a Top Resort Hotel in Florida according to Travel & Leisure Magazine online.

There’s a hidden gem located among the barrier islands on the Gulf Coast of Florida. Tucked away in a sleepy island town below Sarasota and above Naples, The Gasparilla Inn & Club balances the relaxed beach vibes of the Sunshine State with old-world style, elegance, and historic charm. The building, which dates from 1913, reflects all the best of old Florida combined with modern day conveniences.

The décor and atmosphere of this hotel make it so special,” said one reader. “The bar is one of my favorite places on earth. It all feels like you’ve gone back in time.” T+L Magazine

The Gasparilla Inn remains an icon of the quaint town of Boca Grande, FL. The Inn’s popularity has skyrocketed in recent years as advertising and social media have spread the word of its existence. When you arrive and enter the historic building, you are immediately transported to a time of days gone by.

Another reader exclaimed that the hotel is “absolutely first-rate in all categories.” T+L Magazine

It is one of the largest surviving resort hotels in Florida, constructed originally for wealthy northerners during the time when the state became a travel and vacation destination. The officers of the Boca Grande Land Company made the decision to change the small hotel to a world-class resort.

Until the early 1930s, fresh water was brought by train cars to The Inn. Along with other prominent and wealthy northern guests, many wealthy fishermen began an annual migration to the Inn, relishing its privacy and seclusion. In 1914, those men formed a fishing club named The Pelican Club. The Pelican Club room is a favorite spot for cocktail hour still today! 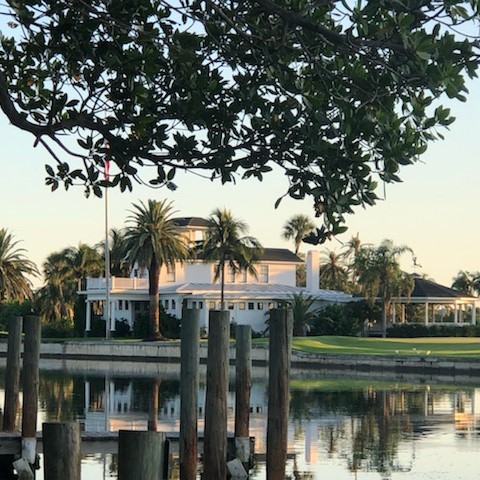 The hotel immediately became a great success, with members of Boston society being its first guests. In the early part of the century, The Inn hosted such tycoons as J.P. Morgan, Henry duPont and Florida railroad and resort tycoon, Henry Plant. Interesting famous folks include Henry Ford and Harvey Firestone who are also said to have been guests. Additionally, famous portrait painter John Singer Sargent. Cabots, Drexels and Biddles were early guests.

About the 15 Best Contest

Every year for the World’s Best Awards survey, T+L asks readers to weigh in on travel experiences around the globe — to share their opinions on the top hotels, resorts, cities, islands, cruise ships, spas, airlines, and more. Hotels were rated on their facilities, location, service, food, and overall value. Properties were classified as city or resort based on their locations and amenities.

From October 25, 2021 through February 28, 2022, Travel + Leisure Magazine readers were invited to participate via the magazine, tablet editions, newsletters, social media, and travelandleisure.com.

Each property featured was independently selected and reviewed by the editorial team at Travel & Leisure. Not surprisingly, 12 of the 15 properties which made the list of Top 15 Resort Hotels in Florida were coastal locations. It’s quite obvious that from the ever popular islands of the Keys to the golf course featured retreats by the Gulf of Mexico, and throughout the state, the voters were continually drawn to the waterfront resorts!

The island charm extends far beyond the elegance of The Inn! Be sure to contact Carol Stewart to discuss properties available on and around the island, including the new development of Banyan Gasparilla Sound. When listing your property for sale on the island, there’s only one Boca Grande agent who has repeatedly made Top Individual Agent status with Michael Saunders & Co (from Boca to Sarasota) and was named one of America’s Best Real Estate agents by RealTrends in 2022.

Contact Carol Stewart for all your island real estate needs!