White pelicans of Gasparilla Sound are an amazing sight to behold. White Pelican Island is known to have the largest population of white pelicans in the southeastern United States. White pelicans arrive in the fall and stay until late spring. With wingspans of 8-9 feet, the largest of an North American bird, they appear to glide effortlessly along the shoreline. 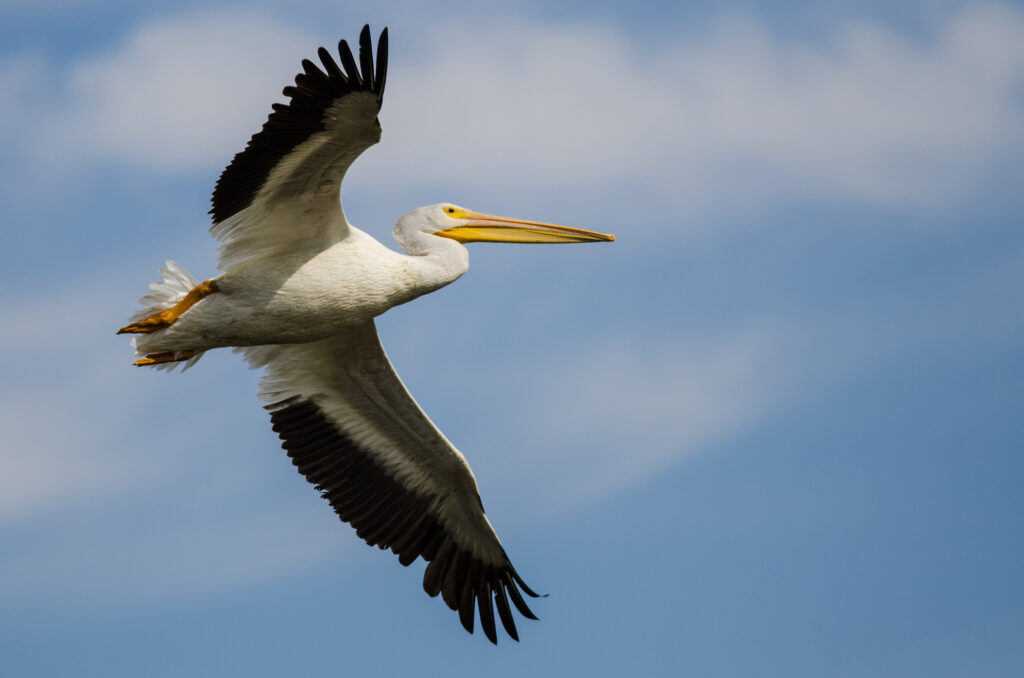 White pelicans breed on islands in shallow wetlands. This makes Gasparilla Sound and the surrounding area, the perfect winter home for these graceful birds. They have an odd bump, called a nuptial tubercle, on their bill during the breeding season. Both the males and the females develop this bump. It is designed to make them more attractive to mates and will fall off naturally after the breeding season is over. 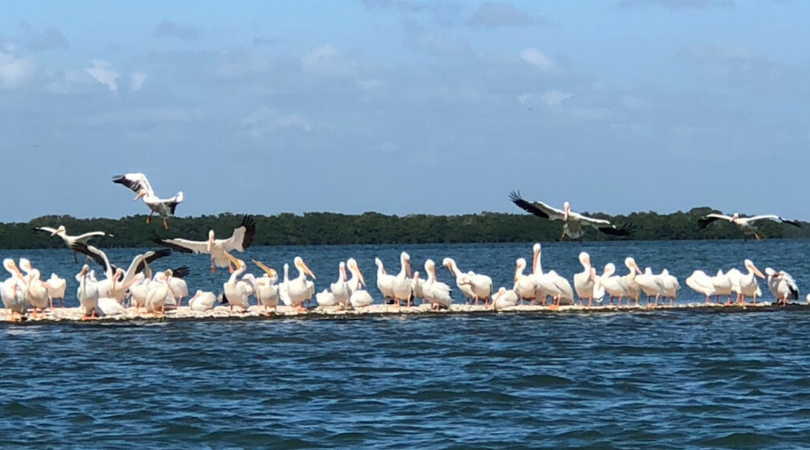 Females lay 1-3 eggs in a slight depression in the ground. Both the male and female will incubate the eggs–not the way other birds do, but with their giant orange feet! Eggs hatch in about a month and usually, only one will survive to leave the nest. Chicks leave the nest–fledge–when they are about 10 weeks old. From the time an egg hatches til the chick leaves the nest and becomes independent, the parents provide roughly 150 POUNDS of food!

According the the Audubon Field Guide, The American White Pelican (Pelecanus erythrorhynchos),  “Colonies are vulnerable to disturbance and habitat loss. Total population probably declined through first half of 20th century, substantial increase since 1970s.” 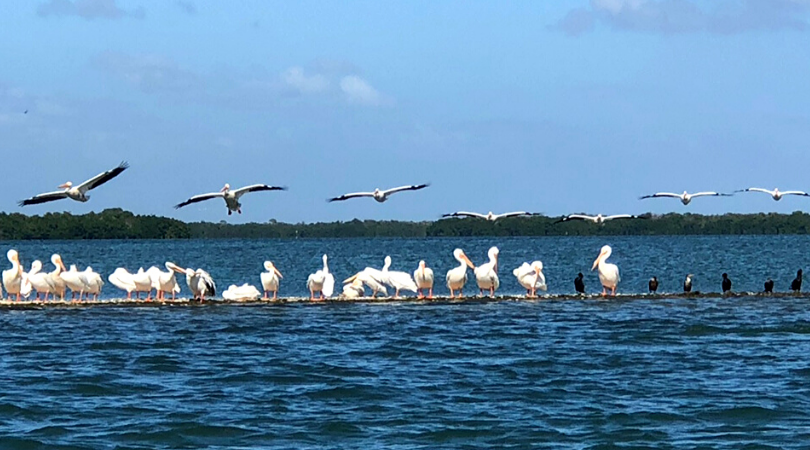 White pelicans are one of the heaviest flying birds in the world. An average white pelican weighs between 7 – 20 pounds. Except for the fact that males are slightly larger than females, the two appear identical.

While you might know that white pelicans eat fish, a less-known fact is that sometimes, they’ve been known to work as a team. They collectively herd their prey, fluffing their wings to assemble and gather the fish. They have a symbiotic relationships with cormorants, who dive under this circle, both feeding and driving fish to the surface, where the pelicans can feast on them. White pelicans are also pretty accomplished thieves, stealing from other pelicans and cormorants so they don’t have to do the work themselves.

The white pelicans of Gasparilla Sound are from the Grand Tetons and return each winter to the tiny White Pelican Island that serves as a rookery and night-time roost.

The rare white pelicans are just one of the many unique and wonderful things to enjoy when living in Boca Grande. To stay up to date on the real estate market on the island, be sure to join my newsletter!